A Big Helping Of Crap

We had a big helping of this the last couple of days. Two trolls made themselves infamously stupid by punking the fandom yesterday. @SrewedOverGal 2  was twitter troll number one. She started a rumor that she slept with Rob. She later said she was a fan who said she did it to mess with the nonnnies.  Now a pissed off nonnie stole her twitter moniker and started bull crap number two. She posted that she slept with Rob and sold her story to the tabs and had pics of course. After she posted a cartoon pic ( I kid you not) she admitted that she just wanted to mess with the troll who messed with her. Got all that straight?

Of course the haters were salivating at this news . They had victory in their sights lol. Now of course when they found out they were punked it got eerily quiet on the gossip cop message board. 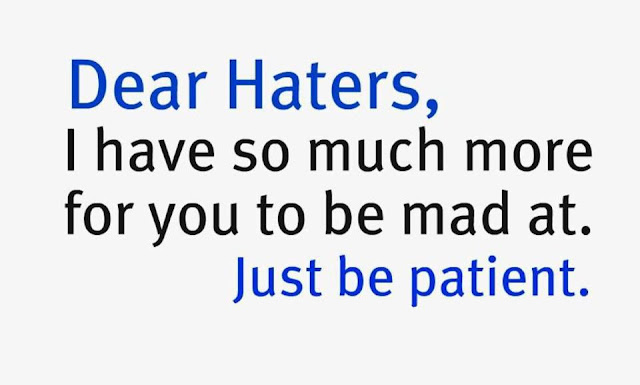 Now after all this E decided to stick their two cents in on the x 17 crapola fest:

Kristen Stewart and Robert Pattinson "Crazy in Love," but "Having Some Difficulties," Source Says

They then go on to say they are having difficulties. The problems according to E? "Priorities".

What a load of crap. No They are not having problems. No priority issues either. A bunch of made up nonsense.

And where does this all stop?

“The appeal Kristen Stewart and Robert Pattinson have for the tabloids is obvious. When they create rumors about Stewart, Pattinson must be involved, and vice-versa. Two huge fandoms are thus joined to provide visits, sales, and revenues. And the tabloids will keep on cranking out tales for as long as fans and other interested parties continue visiting their sites and buying their magazine issues.”
—Alt Film Guide

And that right there says it all. Its not going to stop in the foreseeable future. This fandom is its own worst enemy sometimes. They will continue to make up crap as long as we buy into it and visit their sites. And they know we will. I'm guilty of it too.

Another reason this will continue.? We got lucky in April and saw quite a bit of Rob and Kristen. But with Twilight behind us that isn't going to be the norm. We are going to go weeks, possibly months without seeing or hearing anything. And of course the haters will jump on this to start their lies and wishful thinking.

Here's the thing. In the grand scheme of things the tabs, the trolls, haters, they all mean nothing in Rob and Kristen's lives. They will continue to happily live their lives ignoring and not even knowing these people even exist. 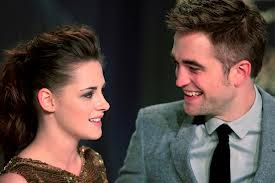 This is what we have to look forward too. They are in it for life. Count on it.

Posted by Hatersknownothing at 3:04 PM

Seriously, I think the world is getting dumber by the second and anyone who buys into all the gossipy bullshit, I really feel sorry for them, because all they are doing is filling their heads with dross and not thinking for themselves......

The tabs are like fast food, easy to gobble up, poor in quality, probably somewhat addictive and will eventually make you ill.......
If you're full of crap, go take a huge dump, then fill up on something more wholesome....... It'll do you the power of good......
Unfortunately, the bottom-feeders are difficult to eradicate..... but shame on those who can't aspire to something higher!

Way to go, HKN! A ray of sanity in a totally screwed up fandom. Great post. Ppl need to just breathe, and stop all this bull shit!

Hi, I just followed to this post from someone's link. Glad I did. I have been off Twitter and the Internet for a few days now and didn't know such drama was going on. Unbelievable!

I used to buy the Craploids a few years ago but stopped last year after all that made up drama. I've seen how the spin lies and rumours to stir up trouble. I'm not buying into again and I hope other fans don't either.

@anon 4:50,the main source for all this "breakup" talk was born from X17. Now People magazine are running with it and because they're usually and I do use that term loosely, a legit outlet,people tend to belive them. Right now the report is unconfirmed. So the best thing to do is to stay away from any blogs or rag sites for a few days.

there is no way that they have broken up over a little bump in the road...if anything they have made people aware of how stupid gossip mag and people are...I want to join twitter instead of reading some of the more mature ones..i guess I will be a egg!!I hope Kristen will includeher brother taylor and danaduringher off time...this fandom is a roller coaster ride for sure!!

Nothing confirmed or denied, so no change!!