STOP THE PRESSES! ROB WAS OUT WITH A FRIEND BY HIMSELF! HIM AND KRISTEN ARE OVER!

SOME GIRL JUST TWEETED SHE HAD A SHOT OF WHISKEY WITH ROB AT A BAR. HIM AND KRISTEN ARE OVER!

I'm laughing so hard right now I cant stand it!

Yep he went out for a drink with a friend . Of course this means they are over. lmao! How many times have the fools been excited over them spending time with friends separately only to get burned ? Repeatedly. Here's a clue. He came straight to Kristen right after he was done filming Rover. He has been with her ever since he got back to LA. This is fact. Fact number two. No way in hell is Rob doing a shot with some random chick in a bar. The haters can keep dreaming on that one.

Now if this wasn't enough to make the haters salivate with hope we were also treated to Lindsay Lohan  BS part two. According to Hollywood Lies  Lindsay was invited to spend time at Kristens house and Rob was there too. Of course the loons jumped on this and said Rob was to blame for her new found friendship with Lindsay Lohan:

Guest -The funny thing is Lohan's connection to Kristen is BECAUSE of Rob. Rob is friends with two of Lohan's biggest supporters: Gavin Doyle and Mohammed Al Turki (sp?). Rob and Kristen even hosted a party in NY last fall for Doyle's bday. I don't like the Lohan connection, but Rob and Kristen are also very compassionate people. Yikes. They need to ditch all three of them imho.

Okay first off yes Rob knows Gavin Doyle, Mohammad Al Turki, and Kevin Turen. And yes all three  know Lindsay Lohan. This does not mean that Rob and Kristen are close friends or even acquaintances of Lindsay Lohan. They definitely did not invite Lindsay Lohan to their house. That will never happen in this lifetime. But the loons can dream.The desperation is getting rabid among the haters and the paps are running out of fresh ideas

Now onto some sweetness. First up. How about some more info on the golf outing:

The eyewitness says that K.Stew "walked into the pro shop around 4 p.m. and bought a bucket of balls" before walking around back to meet up with R.Pattz.

"After they retrieved their balls, Kristen gave Rob a little kiss and then they headed toward the course. They looked like they were really enjoying themselves," the source added.

And second up is this. Ladies you are forewarned!

Get a glass of wine and try hard to breathe: 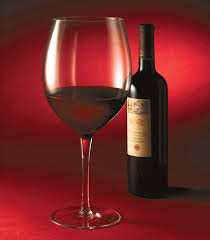 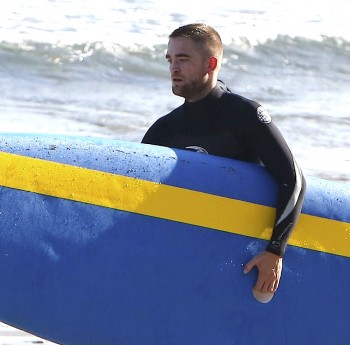 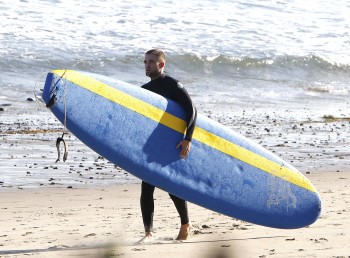 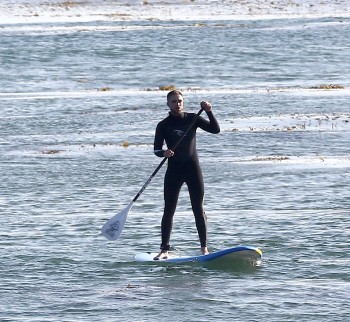 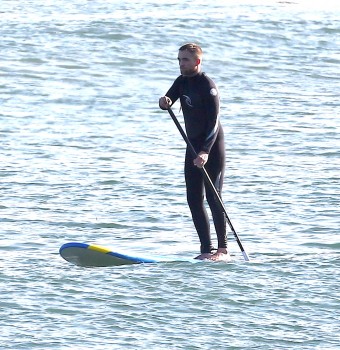 Are you still with me? 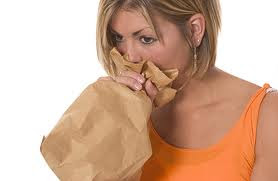 And I leave you with this Easter goodie. Have a good one!!!!!

Posted by Hatersknownothing at 8:22 PM

Happy Easter HKN.. I just want to know,is it any possibility Rob will stay in LA on Kris Birthday? He gonna leave soon for Mission Blacklist right??

Ok, that little Easter goodie was freaking adorable! And by the way, thank you for having this blog, Darlin'. It's always a sweet relief to read your posts. Can I ask you a question? Are you still getting "inside" info from your relative who is "in the know" with R&K? Or has that fizzled? In any case, I'm just grateful for the little rays of hope you always emit. Godspeed, Darlin'.

Anonymous I dont think hes leaving until after her birthday. Either way Im sure they will find a way to celebrate her birthday even if they ahve to do it a little early :)

icrodriguez Yes Im still getting info but there hasnt been too much to tell lately.Things are blissfully normal right now.

I hate the way people are freaking out over the simple realities of life......
Seems like Rob just got back and already the talk of him leaving, sigh......
Normal is good, very good - pity this fandom weren't more normal..... <3