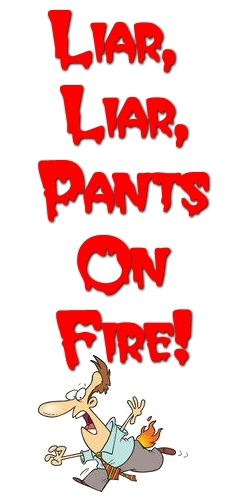 So we got another twitter source giving us truthful information. NOT. Max Thieriot who worked with Kristen in 2004 got married over the weekend and Kristen attended. Now of course Max and his family should know what's going on in Kristen and Rob's relationship since hes such a close friend. Funny when was the last time I've seen this guy hanging with Kristen? Just wondering. Max has a little step sister who is 12, 13 , 14 ,15 depending on which troll you ask lol. Supposedly all of a sudden Kristen is her brothers best friend lmao! No sweetheart he's an acquaintance. Big difference. She posted on twitter that her mother was told by John Stewart, Kristen's father, that Kristen was single now. I hardly think so. John Stewart isn't telling anyone anything regarding Kristen and Rob. Because not even Kristen and Rob know what will happen next yet. But that wasn't enough to get her that 15 min she so craved. She continued on and said she knew more but couldn't say because it was confidential. Of course after revealing her bombshell she has apparently deleted her account. How convenient. Post and run for cover. How brave of her. 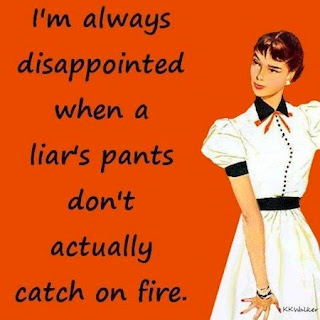 I'm old school and I guess I'm a bitch because if a teenager posts a lie on the Internet I think they should be treated like any other liar and be called out accordingly. Some people seem to think teenagers should be excused from this because they are children. No they are old enough to know what they are doing and know exactly what craziness will ensue when they post their lie. I'm not talking about doing violence or torture as some would have you believe. I just believe they should have to answer for their actions. You may think your funny, witty, and cute posting  crap on the Internet and then watching peoples reactions. Just be prepared to face the music when it comes back on you.

Im off my soap box now. thank you for hearing my rant lol!


Posted by Hatersknownothing at 3:19 PM

It was so obvious, that she was happy about the attention she got. Well, if we've learned something over the years it is, that Rob, Kristen and their respective families and friends are NOT talking about their relationship. Never, ever. And people who are trying to make themselves important like this little girl, should be prepared for the repercussions. I hate that this happened.

yep and the twitter madness isn't going to let up. people will be doing this on a regular basis.

Thanks hkn! It´s just a matter of time I guess. They are really stubborn people after all. At least is a good sign that ninnies are so worried to the point to believe in a kid (even some fans did). I have the feeling RK are fine and soon we are going to see them together.

The John referred to was kristen's assistant who attended the wedding with K and Ruth. The girl deleted her posts when she was treated badly but prior to that, one of the posters asked her to go to a link of a pic of John, K's assaitant. And asked if that person was the John at the wedding....and she said yes, that's him. She is a Bieber fan and didn't know the ins and outs of k's world.We have no idea what he talked to people about at the event, but possibly as he has been around K for years he knows these people and said something in confidence, which was passed on to the teenager. Then she was reprimanded by her elders and told not to say anymore....hence the "confidential" word used.

Thanks HKN!!!!! Please keep us updated if you hear anything. I check your blog daily

No. You're wrong about that. She specifically said "Kristen's father". And the John she was asked to look at in the link was just to reaffirm who was at the wedding with her besides Ruth. Let's keep the details straight so that we can avoid the game of 'telephone' where the message ends up being NOTHING like how it began. I read each Q&A before she deleted many of them and I'm CERTAIN she said Kristen's father...who would be another John besides the one who was at the wedding with her. I feel so bad for R and K when every detail of their lives is not only examined with a microscope, but they are mixed up in the process. :(

And I don't buy the whole 'confidential' aspect AFTER the FACT. She realized she was in too deep and suddenly started deleting and saying it was 'confidential'. This poor teen learned a valuable lesson, I think...or hope. Don't get me wrong. I do NOT condone anyone treating her badly or bullying her. Just take what she said with a bucket of salt and a ton of common sense. That's all.

The girl said Kris´s father because her mom is friend of him. Then she said she took the info from internet "everything is online." She made a big mistake and a lot of people took this as good information.

Common sense tells us that one cannot claim 'confidentiality' after giving away what's supposed to be confidential. She blabs, deletes, then says, 'sorry, that's confidential'. Doesn't work that way. Sort of like closing the barn door AFTER the horse has run out. Don't buy what she said at all. Too bad she realized her few moments of fame via grossly exaggerated information would be very costly. :(
Also, remember she herself said Kristen said NOTHING to her about her relationship status. Something rotten in the town of Denmark...

hkn, do you think they will be together soon?

HKN Are they talking with each other yet?

I'm new here, just discovered this blog last week. I love R & K WAY too much. I don't believe that they are separated at the moment. I don't believe there's any way that Kristen could look as happy as she does if they weren't "okay" or working on being "okay" ...

You're a really pathetic old woman.

Lizzie D Yes, I feel the same way. I truly hope they are working at giving it another go. They have been through so much together. I hope they do not throw that away. I miss seeing them together.

what about you (a non teenager i assume) posting lies and manipulating with feelings?

Who do YOU have to set YOUR pants on fire??? You just terrorised a teenage girl who was happy to meet Kristen. Shame on all of you!!!

As for this girl...she's a teenager. She talked a big pile of shit. Teens do that.

The fact she can get an overzealous dramatic fandom on its knees, much like the media, really says a lot about the state of this fandom as well.

Personally, all drama, papz, media and whatever aside, this is a typical drought. Both are prepping for their movies.

They might have relationship woes or whatever, but that's really none of our business.

IMO, a big deal is being made about something that's normal human behavior/events/ issues.

You get the point.

Final thought: give these two some credit. They've been together for years. I am pretty sure they know what they're doing relationship wise. They don't need a bunch of people breathing down their necks.

Let's be excited for their movies and wait patiently, until Rob and Kristen show us what's what.

Sometimes, I think that a lengthy time apart may actually be good for R&K. Time to regroup. Time to mature. Time to find themselves again without the pressure of the media, the public and other circumstances. If only we are sure that they haven't totally closed their doors for a possible reconciliation someday. Ideally, like JLaw & Nic Hoult.

In a perfect world that would be nice. But these two are not JL and NH . They would be hounded with whomever they stood next to or talked to. There is no ideal solution for Rob and Kris. These two have a great appeal. They will not fade away easily. I guess they just have to go about trying to live their lives and hope for the best.

To Mustard - I get it. We create our own drama. But, i find this blog a comfort zone. A place where we can share our hopes and wishes. I find this place an area where we can share our angst and not be riculed and put down for being drama queens. We certainly do not need a lecture on how we should act. We get ridiculed enough at other gossip sites.

Regardless of what the girl said she did not believe that Kristen and Rob parted. A fully Kristen nor her father are not people like to talk about life, love Kristen ! And besides, Kristen is too happy !

I have to say I'm a little bewildered regarding requests made by the other teen at the wedding on the instagram photo she posted with Kristen (it's the one where Kristen's eyes are closed - not the most flattering photo). The girl went on everyone's instagram accounts who reposted that photo begging them to remove it because Kristen was upset about it and saying that it caused a lot of trouble for her and Kristen. I didn't get it. But now I'm reading here that Ruth was at the wedding too? Maybe she was upset? I can't imagine Kristen caring. Asking people to delete the photo from instagram is simply foolish because it was reposted to fan sites, twitter accounts, etc., etc. It's like trying to put out a fire with a cup of water.

There are reconciliation news around and ninnies are really freaking out. Can you say something about it, hkn? It´s really good to see their meltdown.

Reconciliation rumors???? Really? I was reading on Twitter that Kristen is going to be filming Sils Maria in Europe. Tom Sturridge will also co-star. How exciting!!! With Juliet Binoche. And then she has Camp X-ray in the works this summer also. i am sooooooohappy for her. June is starting to become an awesome month.

Where are you seeing reconciliation rumors? I'd love to see/read them, if you would...Thanks! :)

Apparently, there's a new "insider" on twitter.(well, not really a new account but has posted more often since break up rumors). GOS. might be a troll who's a bit more practiced at playing mind games.

Thanks for answering! Appreciate it. I'd hate to give them attention if they're just playing mind games. But, I'm so curious who it is so we can read the tweets. UGH! What to do...what to do?

The guy is playing with ppl, I would ignore him... obviously enjoying winding up the fandom.

It's okay to attack a young teenage girl who is saying something that even your relative has said (they are broken up) but it's bullying when people hold a 22 year old woman accountable for having an affair with a married father of 2 young children. Makes perfect sense to a bunch of people whose lives are so boring they have to live through a relationship they know nothing about other than what they read in tabloids. I'm speechless.

Can someone link the new insider?

Good day! just passing by your site to read some interesting facts. Thank you for sharing your article, I must say that you did a good job and continue to inspire us. Try to visit my site #n8fan.net

This actually answered my downside, thanks! betfair online casino